*NEW* Introducing Intuitive Business Services - It's the perfect time to take your business to the next level. Find out how! Learn More
You are here: Home / Coaching / Yoga, Hip-Hop and Healing 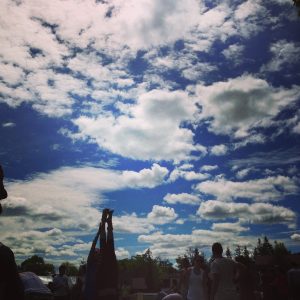 Over this past weekend, I had the opportunity to attend a yoga conference in the mountains of Vermont. Perhaps, upon reading this, your mind went right to a visual of hippie flower children running around the mountainside Namaste-ing each other. And you know what? You’d be right on! Oh, but it was so much more than that! Just like the practice of yoga itself, this festival was such a deep, personal experience for me. I had the privilege of traveling and spending the weekend with four other amazing women; it was a unique, powerful and heart opening experience for each of us.

While I was truly excited about attending this festival, I was also feeling somewhat anxious about it. Over the past several months, I have developed tendinitis in my left thumb, which limits some of the poses in my yoga practice; I knew that downward dogs and arm balances were out of the question from the very beginning. However, the bigger mountain that I had to climb (pun intended) was that I was feeling very conflicted about my yoga practice. Over the past six months or so, I have had mixed feelings about my personal practice and even before the tendinitis, I had decided to take a break and re-evaluate what I needed from a yoga practice. These mixed feelings initially caused me to feel very separated from the other yogis at the festival, like I was a bit of a yoga fraud. As I Om’d and Namaste’d my way through the first sessions of the festival, I kept feeling like I truly didn’t belong.

As I went along the first day, though, I started to feel my heart opening up, as the tears came and I settled into acceptance of the fact that I did belong and that my perceived limitations were just that, perceived. I began to realize that I could participate in most of the classes that I signed up for (with the exception of acro-yoga, though it was fun to watch) with only slight modifications and that regardless of how often I practiced yoga, there was a place for everyone’s mat no matter what.

I began to look at this experience with a much broader lens. While I was feeling this at the yoga festival, I started to wonder how often I find myself in a place where I don’t feel good about me. I pondered where I create limitations to what I can accomplish simply because I am unable, or maybe at the moment unwilling, to shift my perspective and see the numerous possibilities that exist to participate in life without struggle. “Work easier, not harder” was the mantra that the chi running coach left us with at the end of his class this weekend. I considered how this mantra could be expanded to “Live easier, not harder”. For me, this was game changer. As I started to reflect on what I could do to embrace the moments when I felt limited or stuck and started looking at those experiences through the “Live easier” lens, I saw how quickly shift could occur.

Putting this into practice at the yoga festival, I felt an immediate change in my energy level and a feeling of peace and acceptance flowed into my entire being. Thinking about bringing this back to day-to-day life, I could already see light at the end of tunnel that I did not recognize before, hopefulness in the things that made me feel hopeless and a sense of being lighter, more empowered and centered.

I ended the festival with a yoga class taught by the hip-hop artist MC Yogi accompanied by DJ Drez, mixing the music of “A Tribe called Quest”. Still on a high from the rave-like show MC Yogi had performed the night before, I along with over 100 yogis hip-hopped our way through an hour-long yoga practice. The energy of this class, and the music, drew people to the doorways of the festival tent, allowing them to become a part of the amazing energy radiating through out.

I left the festival with that amazing energy radiating within me and I brought home with me the lessons and “ah ha” moments I experienced. Keeping this in my line of sight, as I ebb and flow through each day, will take patience, daily focus and awareness, particularly during the times that I am trying to “live harder” than I need to. With this, I intend to put my new mantra into practice right away! 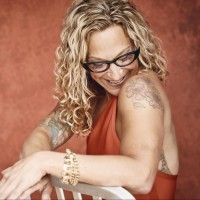 Amy White is an Intuitive Coach, Medium and Energy Healer. She is a truth-teller, transformational teacher and light-shower. A once self-proclaimed reluctant Intuitive and Medium, Amy now uses these gifts to guide her clients to heal the past, breakthrough challenges, and thrive in their lives.

« How Big is your Brave?
Leaving it all Behind »

Can I tell you how many times I hear this when I tell people about the work that I do? It makes me giggle, just a little. Not at the person who says it, NOPE, at myself.

You see, I have been a reluctant Medium. I remember saying on more occasions that I can count "No way! Not me! I don't want to talk to dead people!"

There I was in my business suits everyday, going into the Corporate office, leading teams of people. I was working so hard to LOOK like an executive. There was no way I could ever imagine coming out to people that I had this totally WooWoo side of me.

After I quit my Corporate gig, realizing that dressing like an executive (and acting like one for that matter) didn't make the experience enjoyable or fulfilling, I still stayed pretty quiet about the Intuitive and Mediumship work that I did.

I had so much self doubt and I worried way too much about what others might think of me. I wondered how people would be able to accept the shift from such a left brained persona to one that was listing waaaaay to the other extreme.

I censored what I wrote, what I shared and how I worded things so that I didn't give too much of this side of me away.
You know WHY? Because I didn't think I looked like a Medium either!

BUT this is also what my clients love about me and honestly, it is what I love about me too! I don't have to LOOK like anyone but me.

The gifts that are part of the work that I do can show up in different ways and with many different looks. And so can I!

So maybe I don't LOOK like a Medium but then again, maybe I do...
Want to learn more? 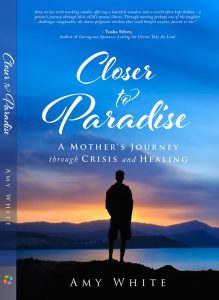 Want a sneak peak into Closer to Paradise: A Mother's Journey through Crisis and Healing?

Thanks for visiting! Let's stay in touch!
Sign up for our newsletter here...